Yesterday the university ran a very successful Schools Conference looking at aspects of the First World War. Due to our current pre-occupation with ‘the move’ we weren’t able to get involved in running any sessions, but we did participate in organising a lunchtime ‘enlistment’ activity. Young people were given example propaganda and ‘encouraged’ to enlist. When they came down to our station, we gave them an individually researched ‘war story’ to add to their conference pack, and we took a straw poll as to whether if they had had to choose for real, they would have decided to enlist in the armed forces, home services or register as a conscientious objector. It was really interesting to answer some of their questions about the specifics of this choice, and whilst many decisions broadly followed gender lines (a few of our male attendees chose Armed Forces very quickly!) we had a great spread of responses. Of the 52 young people who participated, 28 would have chosen the Armed Forces, 17 Home Services and 7 probably would have registered as Conscientious Objectors. It might be intriguing if the conference does go ahead as anticipated again next year to survey the young people before and after, to get some idea of how the sessions in the conference are affecting their thinking.

We had a great lunchtime session anyway, and hope to participate more next year once the move is complete. We also got chance to get the word out to future potential Heritage Quay users through our new postcard marketing! Hopefully a great day was had by all! 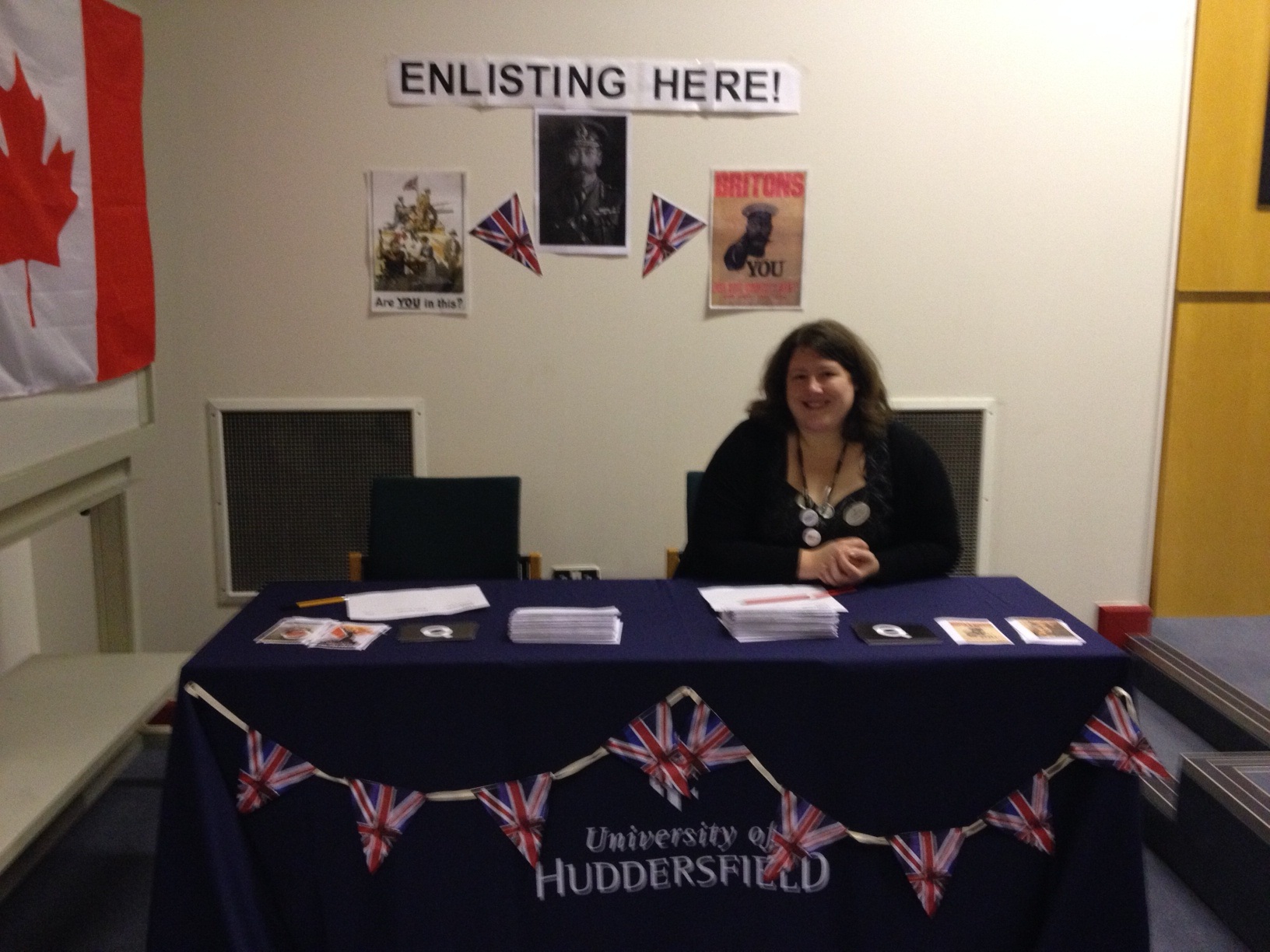