Many of the collections in Heritage Quay demonstrate the ways that women sought opportunities to acquire education and build more independent and prosperous lives for themselves. From the early part of the 19th century the records of the Huddersfield Female Educational Institute and subsequent incarnations of the Technical Colleges demonstrate how education for women transformed from the traditional ‘female’ skills of cookery and needlework, to more academic and industrial courses and how opportunities to pursue technical and higher education increasingly began to open up to them.

The experience of women in employment can be examined through the oral histories of nurses gathered in the Graham Thurgood archive, and documents relating to women’s employment in nursing and midwifery (Huddersfield Royal Infirmary archive; Ruby Ward archive). Women as advocates, both politically and for social causes, e.g. pensioners rights, can be traced through the records of women’s groups in political parties (Colne Valley, Denby Dale and Huddersfield Labour Parties) or in individual collections (Noreen Logan archive). While the extensive arts and music collections at Heritage Quay (British Music Collection, Mikron Theatre Company, Huddersfield Amateur Operatic Society…) contain an immeasurable number of stories that reveal the lives, careers and influence of women on the national and international cultural landscape.

Pursue your own research using the collections

Find out about our events exploring the collections- many free

ITV has recently celebrated its 60th anniversary with the series “Britain As Seen on ITV“.

The six shows celebrate 60 years of ITV footage, and look at how real life in Britain was portrayed through a wealth of ITV Studios owned material.

The Oastler students feature about 3 minutes into the programme (NB registration required with ITV website to view) https://www.itv.com/itvplayer/britain-as-seen-on-itv/series-1/episode-5-the-female-of-the-species ‘A Wo(man)’s Work is Never Done’ has been curated by Poulomi Desai on behalf of Sound and Music for International Women’s Day. The exhibition reveals some of the personal stories of women composers within the British Music Collection and examines the relationships between the works these composers created and the social, cultural and political contexts of their time.

‘Using the idiom of “A wo(man)’s work is never done”, an exploration was called for of what might be considered ‘feminist’ and ‘radical’ – recordings, notes, videos and scores from anyone who considered themselves to be on the margins – artistic, social, cultural, political. There were specific interests in finding: ‘Unfinished’ scores and pieces, and Noise based, Dada, Fluxus, ‘nonsense’, poetry, text sound works and graphic scores. One of the aims was to highlight work that is on the fringes of contemporary new music scenes and interweave this with the archived works of composers in the British Music Collection.’ It was a pleasure to assist Poulomi with her exploration into the British Music Collection and we are delighted to support such an interesting piece of research into the unique collections that we care for. We certainly hope that this will inspire many more to explore the fascinating range of stories that are awaiting discovery within the Heritage Quay searchroom!

Feeling inspired? Then why not search the online catalogue here and get in touch with us 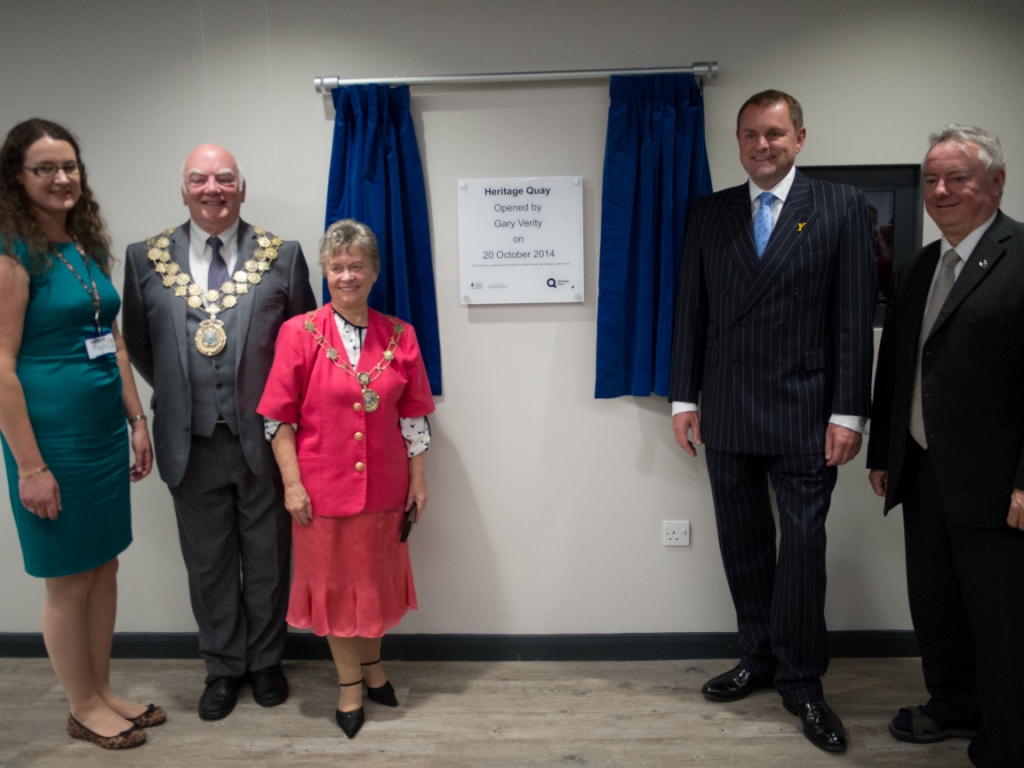