This collection contains the personal and professional papers of Robert Blatchford, socialist campaigner and journalist collected first by his immediate family and then passed into the care of Baron Lord David Clark of Windemere. It contains handwritten and bound and published copies of his poems, articles and other writings, including a matching bound set of his publications from Lord Clark's library. The collection also includes a large amount of correspondence written by Blatchford to his daughters, his personal accounts, records of his war service, newspaper cuttings and scrapbooks of his career.

Robert Peel Glanville Blatchford (17 Mar 1851 – 17 Dec 1943) was a socialist campaigner, journalist and author in the United Kingdom. He was a prominent atheist and opponent of eugenics. He was also an English patriot. In the early 1920s, after the death of his wife, he turned towards spiritualism. Born in Maidstone, he lived in Halifax for many years, before settling in Norwich. He launched The Clarion newspaper in 1891. He married Sarah Crossley in 1880 and had two daughters, Winifred and Dorothea and a son, Corrie. He died in Horsham, Sussex in 1943. 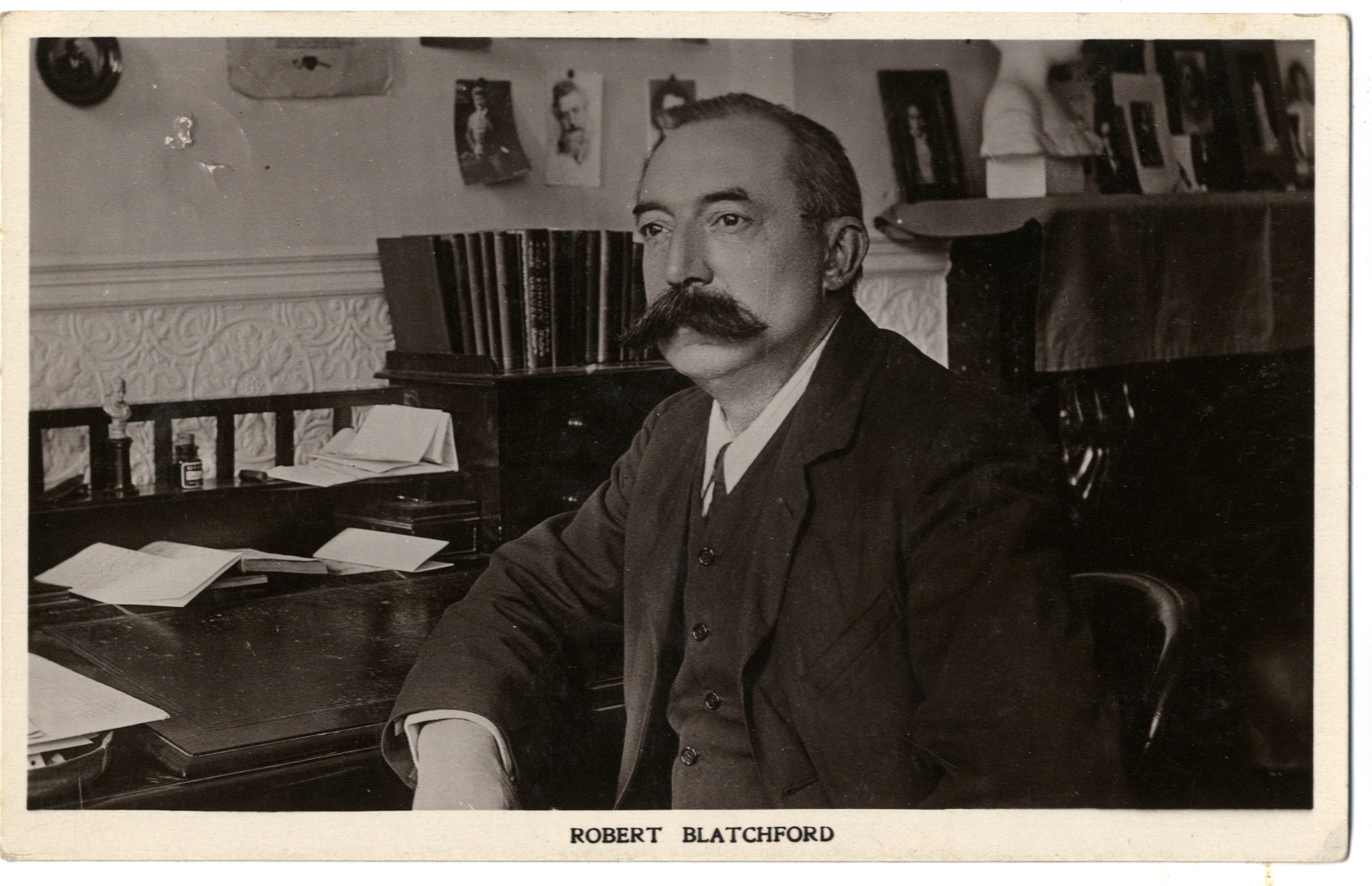